Migration of the campaign to the new version of Mailocator

How to migrate users between campaigns to the new version of Mailocator?

When migrating to Mailocator 2, we also recommend transferring audience preference settings from a previous campaign. Without this setting, all visitors will be considered as non-converted users and may see objects (pop-ups) in which a newsletter or other type of conversion has already been subscribed.

This behavior could be considered annoying, so you simply need to transfer user preferences by entering the campaign ID from the original version of Mailocator.


Where to find your campaign ID?

Find the original snippet, which will be embedded in the site, in GTM or you can find it directly in the original version of Mailocator, e.g.
<script>
(function(e,a,d,b,c){a.mlctr={p:"https://app.mailocator.com",cpg:"12345678Abcdefghijkl"};
b=a.createElement(d);c=a.getElementsByTagName(d)[0];b.async=1;
b.src=a.mlctr.p+"/_/s/"+a.mlctr.cpg+"/ml.js";
c.parentNode.insertBefore(b,c)})(window,document,"script");
</script>

In Mailocator 2 in Scenarios, open Settings, paste in the campaign migration field, and save. 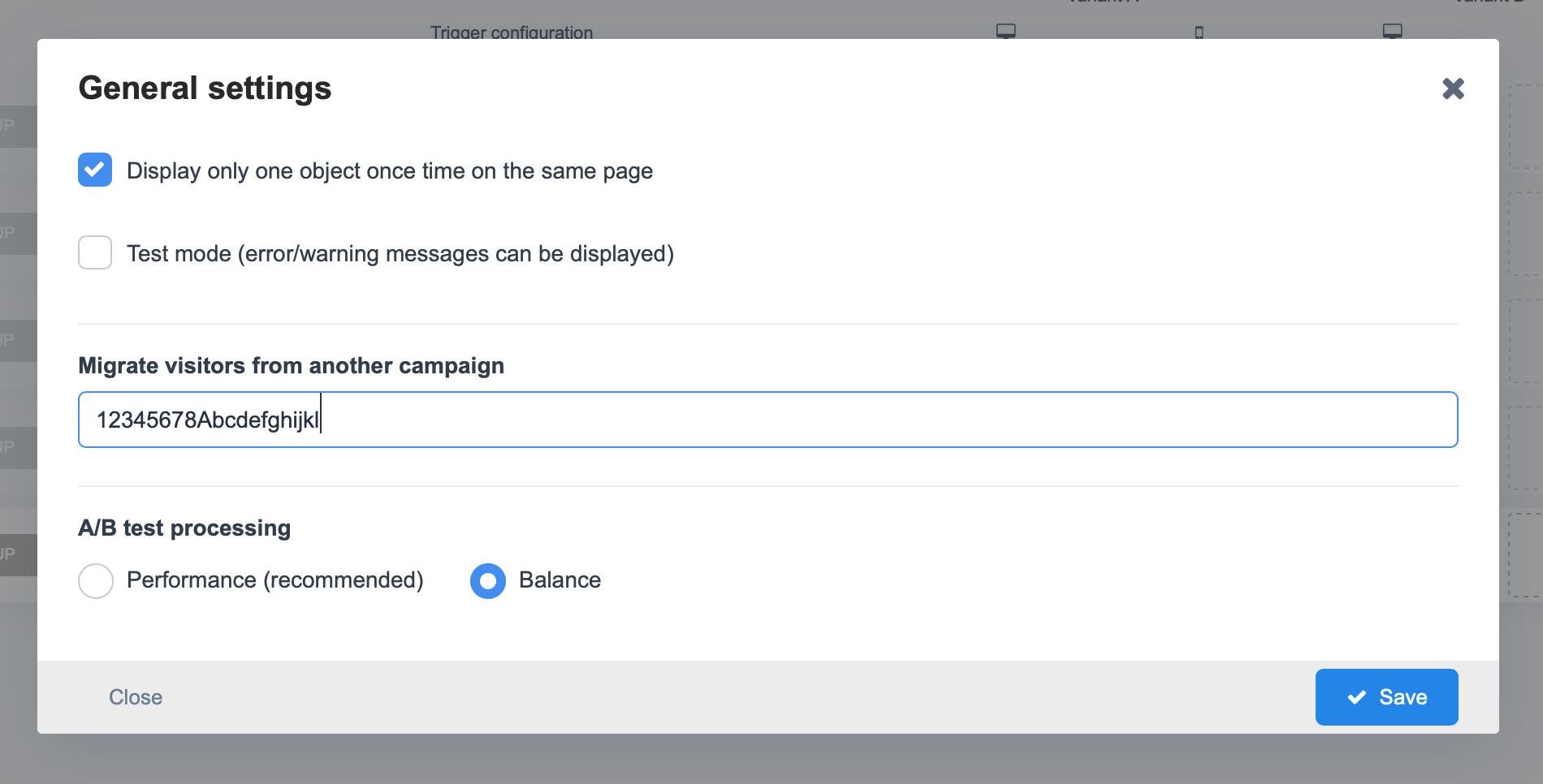 Instructions for your own design for the wheel of fortune

How to Thank you page in Mailocator?

Disabling and enabling Mailocator using a parameter in the URL

Connect and make forms for dialog-Mail

Instructions for your own design for the wheel of fortune

How to Thank you page in Mailocator?

See how to better bring your future customers back to your site as you complete the verification process.

A popular gamification element is the wheel of fortune, in which the user is offered a reward for providing data or subscribing to newsletters.

Where a campaign is not automatically marked as converted (such as a newsletter sign-up), you can add a conversion using an action to better evaluate the success of the campaign.

An easy way to verify the functionality of the scenario in Mailocator is to run a laboratory where you can see the entire course of processing over time, including the evaluation of conditions and user actions.

Disabling and enabling Mailocator using a parameter in the URL

If you need to limit campaigns in time and the UTM parameter is not available, you can use the internal parameter of Mailocator